The season started early with my first race mid January in Argentina. However it didn't feel like January it felt more like mid July with temperatures reaching highs of 40degrees.

I was really looking forward to the race and finally being able to ride with my new UHC team mates. We were going into the race hoping for some good results and UCI points but also getting used to riding as a team and practising lead outs etc. We arrived on the 10th which gave us 4 days to acclimatise to the heat and also ride the 44hour travel out of our legs.

The first stage was a flat stage with 2 intimidate sprints. We decided that I would go for them but without any help from the team just so we could save everything for the finish. The first intimidate sprint came 5k after they had originally said so we weren't ready for it. I started the sprint to early and got rolled by one of the Cubans which was annoying. After the sprint it took me along time to recover and I told the girls that I wasn't going to go for the 2nd and put everything into the finish.

The pace was slow going into the last 10km so we decided to take the front early. The team rolled through steady with me on the back just so we didn't get involved with all the hussle and bussle of the bunch and stay out of trouble. About 5km to go it started to get very messy and a lot of teams especially the Cubans wanted in on our train. Instead of using energy to fight them off we let them in which helped just so there were more wheels to use and more shelter. Alison ended up on the front earlier than we wanted but did an awesome job. She must of done an 800metre pull before Alexis came through with 500m to go. She brought 3 Cubans with her but I just stayed on their wheels. You could see the finish about 600m from the line so I just focused on the markers and not the finish, just so I didn't go to early and die 50m from the line. I tried to leave it as late as I could and with the Cubans not wanting to take it up I went with 150m to go and just dug in. The feeling when I crossed the line was amazing, was so happy to get the first win for the team. All winter I was nervous about not carrying the same form I had during 2013 so it was a huge relief to cross the line first.

The stage had a 5k climb right from the start which was not good, for me anyway. Our first aim was to get Sharon and Mara away on the climb and hopefully stay away with the rolling terrain that was apparently the stage. This was not the case and as we drove the course into the town the terrain was far from lumpy. It was pan flat which kind of ruined the original plan so we decided that we would try the attack on the climb and see what happened. If it was all still together with 5 km to go we would go for the lead out and hopefully get stage number 2, easy. I made it over the top of the climb but had lost some time on the bunch, I panicked which was the wrong thing to do and went way to deep into a corner and went straight on. I got straight back on but with one pedal stroke I knew something wasn't right looked down and saw a huge gash in my knee. This was the race over and I rolled down the hill to the finish and got straight into the medial van.

With so many people at home watching the live stream the last thing I wanted was for them to see me climbing into the first aid van but they all saw it and I had a lot of worried messages from everyone. Mum and dad were especially worried, they know me more than anyone and if I've climbed off then it's pretty bad. I went straight to hospital and they stitched my knee straight away. They were unsure on whether to stitch my hip but I decided for them and we left it. I didn't want my crash to ruin the girls tour so I am pleased they were quick so Tavis the soigneur and I were back in time to get to the finish for when the girls came in. I am not someone that takes abandoning a race easily so it was very hard decision but I had to think long term and with it only being January I have plenty more races in 2014 to come.

The team have been great. They are all running round me and making a fuss which I hate but I am so grateful and will be on the sidelines doing as much as I can to help. Not a lot with only one working leg.

Even though the tour ended prematurely for me it was still a great experience and I was overwhelmed with all the congratulations from everyone back home. Even being miles away they are all so supportive. 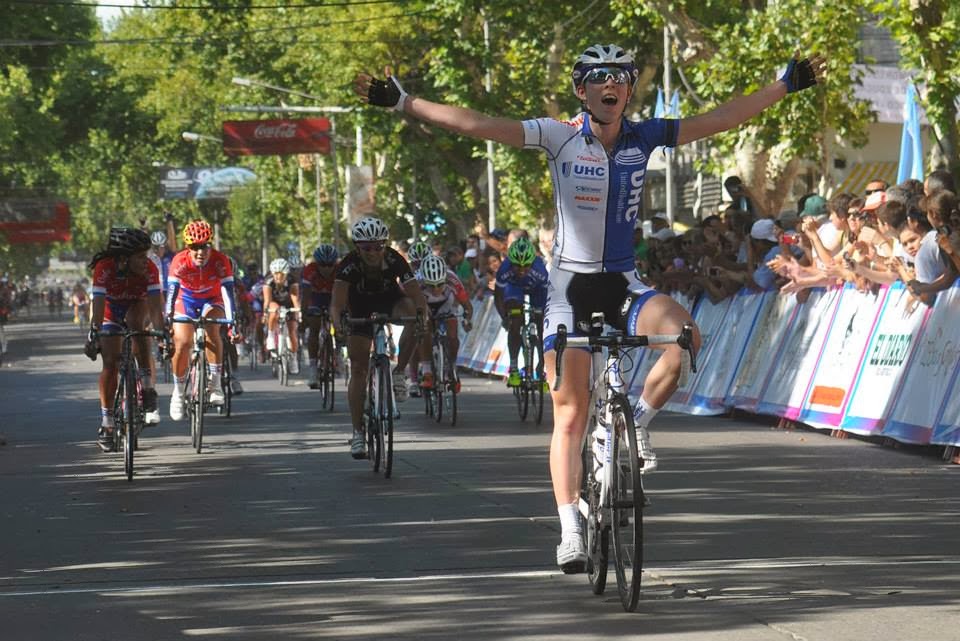 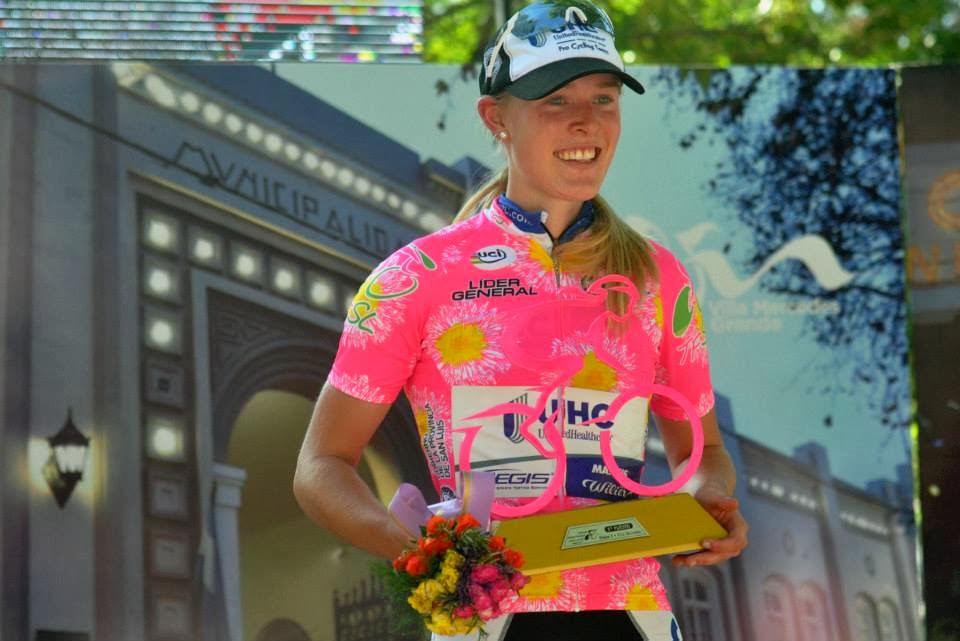 The beginning of the Bluetrain

After such a successful and enjoyable season with MG Maxifuel I was sad to be leaving but there was no way I could turn down such a great opportunity that UnitedHealthcare pro cycling would bring. Ever since signing the contract there has been endless amount’s of exciting things happening. Having emails sent through with pictures of the new WillierTrestina race bikes, race schedules etc. When I got the email through about flying to Arizona for the first UHC training camp I was pretty excited. I couldn't wait to get there and meet all my team mates and staff. The team booked me a flight a day earlier than everyone else so I would have a head start on getting over the travel and jet lag.
When I arrived in Arizona I was a little taken back with how professional the team was. I felt very privileged to be there and to be part of the blue train. With there being over 50 riders and staff I was a little overwhelmed and had no idea how I was going to remember everyone's name but by the end of the week I had got my head round it. With the men having so much success in 2013 it was great riding with them and they were all so friendly and welcoming.

FasterAZ, was a great facility where all 35 of the UHC riders got bike fits and wind tunnel testing. It was a great set up and they worked non-stop to make sure that all riders were seen to and hopefully we can repay them with some good results.

I for one cannot wait to get on my bike, race and hopefully win with the UHC girls 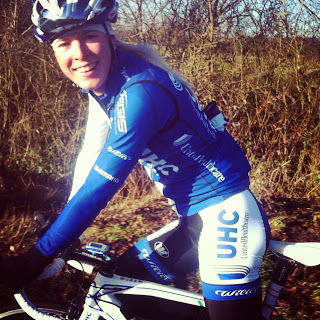